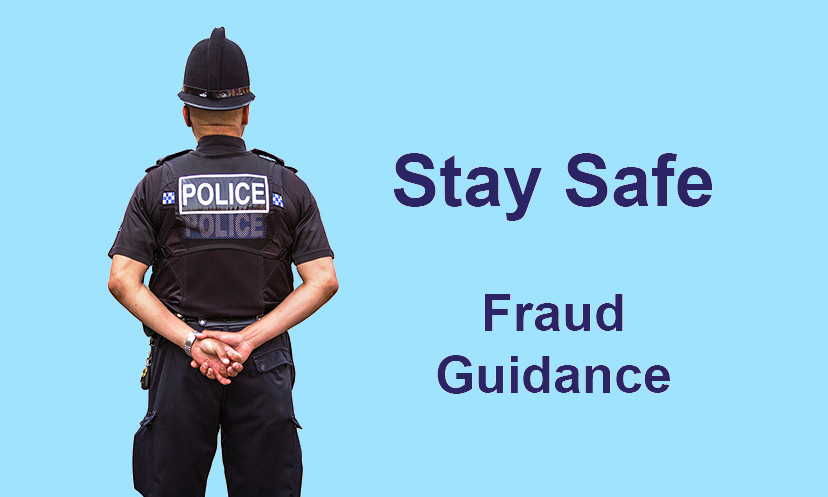 I am a police sergeant based at Teddington police station within South West Borough Command Unit. I have been a serving police officer for over 30 years. About three years ago I began my campaign to deliver presentations to the community in an attempt to prevent the elderly and vulnerable becoming victims of crime. I started the campaign as a result of speaking with an 82-year-old woman who had her life savings stolen by way of a scam. The womam was left devastated and penniless resulting in life-changing problems.

Fraud is on the increase, however since I began this quest I am pleased to say that the offences within Richmond have dropped dramatically. I believe that this is a direct result of the scam presentations and working in partnership with outside agencies.

I have produced several videos covering doorstep scam, telephone call, cash machine scam (distraction), bogus CID officer and burglary prevention. Use the following links to access some of these videos:

One recent scam involved a 79-year-old male victim (*Henry), who received a call from a suspect claiming to be Mathew TAYLOR from HAMMERSMITH POLICE STATION. He claimed they were investigating a local bank under the belief that one of the employees was fraudulently inserting bank notes into the system. Henry* was told he needed to withdraw certain amounts of cash and keep it on his person until the police arrived to collect it and once collected they would contact him with further updates. Henry* questioned the man on the phone and phoned 999. Henry stated that the officer from Hammersmith picked up the phone stating he was Mathew Taylor. The victim, believing the man, went to the bank and withdrew £4,800 and then withdrew another £3,400 in Euros from a money shop. On returning to his flat Henry* received a phone call from the suspect, who stated an officer would be round to collect the money. Police will never contact you asking for help. Do not go to the bank or money shop on the direction of a police officer. Police never request this. If you ever get a phone call or someone calls stating they are the police and requests your help, STOP. Ask their name, warrant number and the police station they are from. Then close the door or put the phone down. Wait at least 10 minutes, then call a member of your family or a friend to ensure your line is clear. Once you have a clear line phone 101 or 999. If the person(s) at the door have left call 999; it is likely to have been a scam. Les Jackson Ps 359TW.   Mobile: 07808 015 021   Telephone: 020 8247 5826

Previous Post
What makes a carer-friendly GP practice?
Next Post
Thank you for making our Carers Wellbeing Day a success